PART ONE – REALITIES OF MEDICAL EDUCATION IN THE STATES

American medical schools have insufficient capacity to train the doctors needed by the growing and aging US population. In 2006, U.S. medical schools received almost 400,000 applications for 14,000 spots. Combined BA/MD programs report even more discouraging numbers: a well known seven-year program in the Midwest received 32,000 applications for 40 spots in 2006. We do not have a shortage of intelligent students who would like to become physicians. We simply do not have an educational system capable of helping them. It is an unfortunate paradox that the US imports thousands of foreign medical graduates each year, while so many of our own students that are denied this opportunity.

The financial burden of higher education today is staggering. Higher education is simply not affordable in the US, and financial assistance is drying-up quickly in today’s economy. A four-year undergraduate education in the United States can cost from $60,000 to $200,000. The tuition costs alone (not counting books, room & board) for a medical education in the U.S. range from $20,000-$65,000 per year. After four years of college and four years of medical school, young graduates have typically accumulated debts of $200,000 to $400,000. It is no wonder that many new doctors choose not to enter lower-paying specialties like pediatrics or family practice – they simply need high salaries to pay off their loans. In any case, most young doctors spend the first 20 years of their working life paying off half-million dollar student loans. Although a few lucky students may obtain financial assistance to get an education they wouldn’t normally afford, the majority of medical students are from affluent families. In the end, it means that many promising students cannot become doctors if they cannot afford the education. This is another unfortunate consequence of the US model. The lack of affordable education is typical of the American system and is one of the many reasons that the US is not even ranked in the top 20 nations in the world for education.

American medical schools offer limited practical experience in certain hands-on fields. Due to many issues, mainly malpractice laws and low risk-tolerance in the United States, many medical students do not have the opportunity to try their hands at more invasive and complicated procedures such as surgery, obstetrics, and delivery of newborns. In many residency programs, even first-year residents fight for the opportunity to get hands-on experience. Thus, for the most part, American medical students learn largely through observation or working on mannequins. In any hands-on profession, it is better to learn by doing, rather than by watching. Since medicine is a hands-on profession, the ‘learning-by-observation’ model may not be the most effective way for students to learn.

“Length of study” is an interesting topic to discuss, because the American model poses two separate and significant obstacles. First, the American students begin their medical education after completing four years of undergraduate study. Medical school in the United States is an additional four-year time investment. Thus, the conventional educational system in America requires eight years of study after graduation from high school. Due to the extremely competitive nature of medical school admissions, however, many students choose to take a year after undergraduate to augment their resume and thus increase their chances of admission to medical school. More and more, students are doing one year of work between undergrad and medical school, making the total time investment 9 years.

Second, the actual graduate-level medical education is given over the span of only 4 years. Trying to learn the huge amounts of material necessary to graduate in 4 years is stressful, to say the least – almost unrealistic for most students. Moreover, it forces memorization and cramming instead of learning and understanding. A better system would allow more time for students to study medicine while shortening the overall time investment. How is that possible? The solution to the ‘length of study’ problem as well as solutions to the other issues discussed above will be addressed in PART 2 of this three-part discussion on medical education.

At the risk of stating the obvious, I will emphasize that doctors necessarily interact with people. It is not a profession like a computer science or engineering, where the main focus is on an inanimate object. Being a physician involves interacting with people. Furthermore, relationships between doctors and patients are culturally dependent. In fact, medicine, in general, is a culturally and geographically dependent field. You are likely to find patients with different complains in different countries, and in different areas within a country. Doctors and patients relate to each other better when they share similar values and ideas about illness, health, and recovery. We have all had the experience of seeing a doctor who just doesn’t seem to understand our feelings. Even more frustrating is a doctor and patient who don’t understand each other because of the language barrier, but this is only one manifestation of the culturally dependent nature of the practice of medicine. The point of all this is to say that it is better for a society to have doctors that grew-up in that society. On average, they will have better relationships with their patients and everyone will benefit from this relationship. The fact is that our country has to import doctors between 80,000 and 200,000 doctors in the next 20 years. It is arguably evident that it is better to send our students out for education and then import them back, rather than import doctors who have to learn the language, customs and typical American ideals of illness and recovery.

Notes on the shortage of doctors: In the next 20 years, the nation will have a shortage of 85,000 to 200,000 doctors. American medical schools cannot train enough doctors to meet the needs of the population. This is an indisputable fact. New medical schools will not significantly help the situation. A healthcare shortage will endanger future patients’ well-being. A quick search on the internet for “shortage of doctors” will reveal the stark and frightening truth about the state of our healthcare system today and in the future.

How to Become a First-Class Medical Coder? 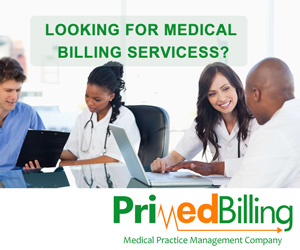 Obamacare Is The Law Of The Land, Not A Health Insurance Policy